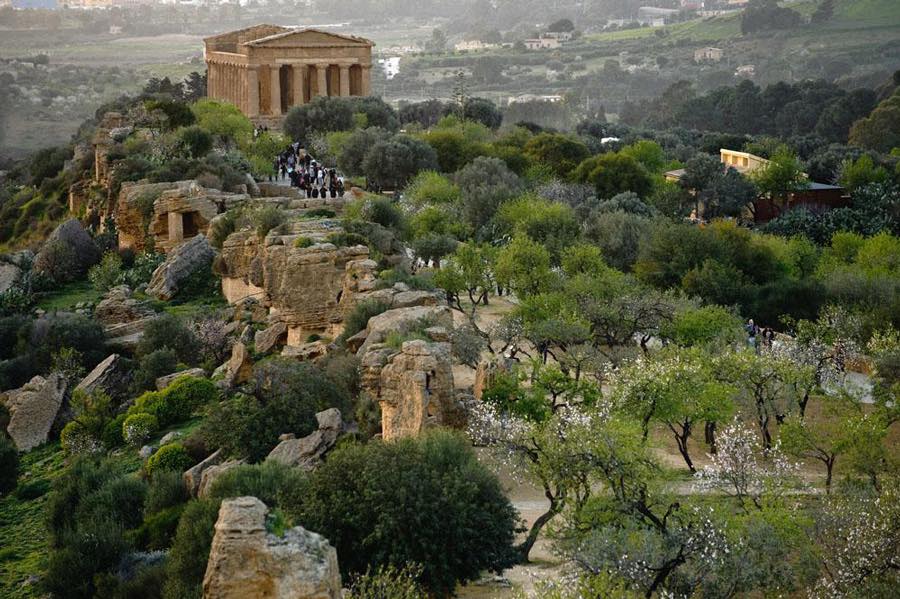 In 1966, a landslide swept through part of the city of Agrigento, bringing the value of the entire area to public attention. The tortuous story of the protection and enhancement of the landscape and archaeological heritage of ancient Girgenti began there, with a tortuous path of initial not initially shared by controversial relationship with the local community.
On 10 May, during the frontal lecture of the International School of Cultural Heritage 2021 online edition Maria Concetta Parello, archaeologist of the Archaeological and Landscape Park of the Valley of the Temples, began instead from the story of the award-winning project ‘Agri-gentium: landscape regeneration’, illustrating the successful process of constructive confrontation with the territory which has characterised the recent history of the Park, raising the keen interest of the participants attending.

During the working table on 20 May, colleagues from Jordan, Lebanon, El Salvador and Turkey deepened some over some aspects of the project with Dr. Parello. Starting from the discussion of the case- study  of the archaeological site of Chhim, in Lebanon, the colleagues reunited in the meeting had the opportunity to discuss the replicability of the project in their own contexts, with regards to aspects related with both to community involvement and landscape conservation, including through agricultural production linked to traditional crops of the area.

Immagine
[Park of the Valley of the Temples in Agrigento]