Our international activities in 2022

Our network of international partnerships, projects and collaborations keeps growing

2022 has been a proficuous year for our international activities, research and collaborations. Four different programmes have helped our international network grow strong and expand to such an extent to reach twentynine projects, two hundred cultural heritage professionals and sixtynine experts who have contributed to our training activities.

The first of these programmes is The International School of Cultural Heritage – ISCH, an initiative of professional development through the sharing of knowledge, experiences and methods between Italian and international professionals. To organise this programme, our Foundation works closely with the Italian Ministry of Foreign Affairs and the UNESCO Permanent Delegation in Paris of those countries the training programme focuses on. This year’s edition, titled Technologies forArchaeology, investigates how to use new tools and digital technologies for the conservation and promotion of our cultural heritage. Gathering thirtythree professionals coming from eight different contries of the Mediterranean area (Egypt, Israel, Jordan, Lebanon, Morocco, Palestine, Tunisia and North Macedonia) , the programme has been developed in collaboration with twelve Italian cultural institutions and three scientific partners: Istituto di Scienze del Patrimonio culturale – Italian National Council of Research; Center for Cultural Heritage Technology (CCHT@Ca’ Foscari); Istituto Nazionale di Fisica Nucleare (INFN), CHNet Cultural Heritage Network.

While ISCH is meant to be a platform for international professionals to get to know and apply in their own coutries the best practices they have been able to learn in Italy, the project Patrimonio Cultural, developed in collaboration with the Organizzazione Internazionale Italo-Latinoamericana (IILA), aims at facilitating the exchange between Italian and Latin-american cultural heritage professionals. This year’s edition, titled Riesgos y gestion, focuses on the identification, testing and eventual spreading of new cultural policies that can favour a more sustainable and reliable management of cultural heritage in case of natural disasters and climate emergencies. Realised with the Italian Ministry of Foreign Affairs and in collaboration with Direzione generale per la Sicurezza del Patrimonio Culturale – Italian Ministy of culture, the Comando Carabinieri per la Tutela del Patrimonio Culturale, and The International Centre for the Study of the Preservation and Restoration of Cultural Property (ICCROM), the programme has involved one hundered fifteen cultural heritage professionals coming from eighteen different Latin-American countries and nine experts. Main aim of the programme is the creation of an international community of cultural heritage professionals who have the professional skills to properly protect Latin-america cultural heritage sites and goods from climate emergencies.

Very similar to Riesgos y gestion is Skills in action, an initiative of professional development curated by our Foundation in collaboration with several international partners such as SAIA – Scuola archeologica italiana di Atene, the Piraeus, the Acropolis Museum and  Direzione generale Educazione, ricerca ed istituti culturali -Italian Ministry of culture. For the first edition of the programme, ten Italian and three Greek professionals have been hosted by, respectively, Greek and Italian institutions, so to facilitate the exchange of best practices that is at the hearth of the programme.

The last initiative that has made manifest the international vocation of our mission is Arqueo-Cuba. Following the aims set by the United Nations’ Agenda 2030, the programme aims to stimulate the exhange of know-how and skills between Italian and Cuban professionals. In particular, the programme aims to identifying solutions to ensure the sustainable management of the archaeological heritage in Cuba, especially in relation to the impact that climate change is having on the Cuban landscape. Financed by the Agenzia Italiana per la Cooperazione allo Sviluppo (AICS) and promoted by Comune di San Felice Circeo, the project is developed in partership with Oficina del Historiador de la Ciudad de la Habana (OHCH), Oficina del Conservador de la Ciudad de Matanzas (OCCM), Direzione Generale educazione, ricerca e istituti culturali, Sapienza Università degli Studi di Roma, and Arci Culture Solidali APS (ARCS). For this programme, forty participants and thirtyone experts have been involved in a training programme consisting of eighteen webinar, a research journey in Cuba (and particularly in the archaeological sites of Polvorin San Antonio and Guasabacoa in Cayo Blanco, La Habana and in the site La Cañada in Matanzas, 10 km from La Habana) and two week research in Italy (particularly at Parco nazionale del Circeo, Giardino di Ninfa, and at Museo nazionale archeologico di Cerveteri ).

To stress even further how solid ios the network we have been able to build so far, in 2022 our Director and President have signed nine international agreements. five of which with international institutions such as the Institut national du patrimoine (INP), the Modern and Contemporary Art Museum in Tunisi (MACAM) and the Acropolis museum. In particular, with these three institutions we have signed framework agreement that are meant to strenghten diplomatic relations between, respectively, Italy and France, Italy and Tunisia, and Italy and Greece. We have also partnered on specific projects with international institutions such as Piraeus superintendence, the Oficina del Historiador de la Ciudad de la Habana (OHCH) and Oficina del Conservador de la Ciudad de Matanzas (OCCM), and Italian institutions such as Parco archeologico del Colosseo, Parco archeologico di Paestum e Velia and Fondazione Brescia Musei to ensure our participants could gain, through their research, an experience of excellence in the cultural heritage management. Finally, since 2017, we have been collaborating with UNESCO for the realisation of The International School of Cultural Heritage – ISCH, that will, have in 2023 its fourth edition. 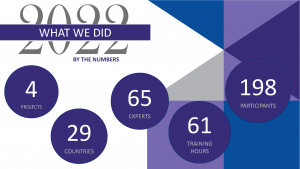 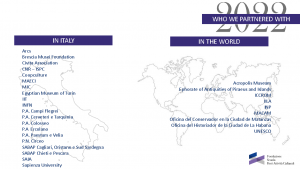 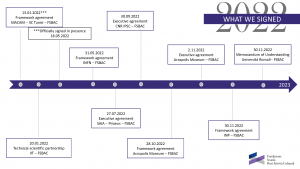 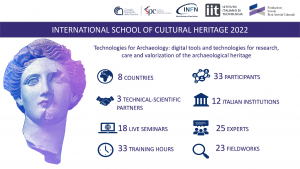 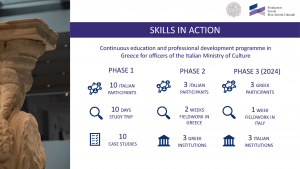 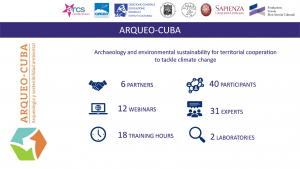